Donald J. Trump on Tuesday August 15, 2017 effectively relinquished any and all moral authority he may have once had. 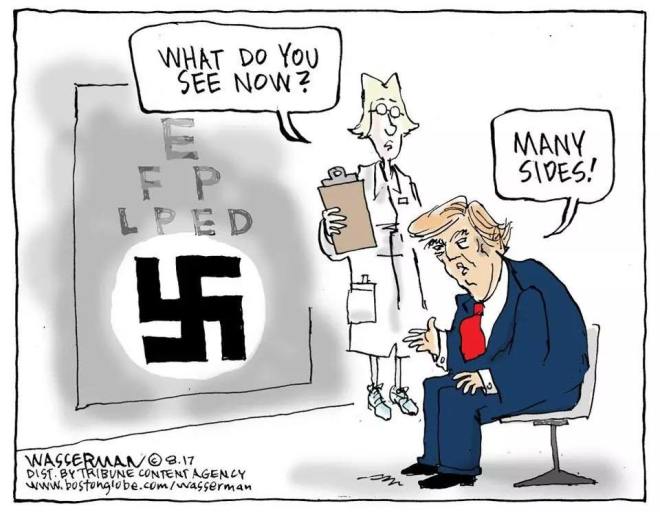 Extremism in rejecting the scourge of Nazism and White Supremacy is no vice.

Below is a video made by the US military and it depicts in all its horror what the Antifa and BLMers were protesting against when they confronted the Neo-Nazis who marched in Charlottesville, Virginia, U.S.A. last weekend.

The alt-right supporters and Donald Trump are defending the Nazis by using the excuse that the Antifa and BLMers had no permit to protest the mob that represents what you will see in the video below.

This is what they were marching and protesting against. This is what Nazis are. And this is why a majority of Americans are angry at, ashamed of, and disgusted with the POTUS who defended Nazis by claiming “many sides” were responsible for what happened last weekend.

FACT:  One side represented Nazis; the other side did not.

It is now time for the Republican party leadership as well as former republican presidents GHWB and GWB to grow some brass ones and denounce, by name, the actions and rhetoric of the current reprehensible POS that is now occupying the White House.

2 thoughts on “Trump Gave Up The Moral High Ground, Therefore He Does Not Represent Our Country’s Values… Period”