This is the pervert the Evangelical Jesus folks all seem to love dearly. We wonder why.

Can you blame us?

In 2016, President Donald Trump tweeted, “Nobody has more respect for women than me!” Although his sordid history with women has been well-documented (to date, at least 25 women have accused the POTUS of sexual misconduct), he remains in office, seemingly immune to the forces of the #MeToo movement.

Nothing ever happened with any of these women. Totally made up nonsense to steal the election. Nobody has more respect for women than me!

But a new book by journalists Barry Levine and Monique El-Faizy aims to uncover parts of Trump’s past that should no longer be ignored. In the following passages excerpted from All the President’s Women: Donald Trump and the Making of a Predator, we learn of Trump’s egregious and disturbing misconduct around young women trying to make it in the modeling world in the early 1990s. —Rosa Heyman

Trump’s hands, the size of which would later become the subject of significant public curiosity, were infamous for other reasons back then, according to sources. “He was gropey…he had his hands in the most inappropriate places, always,” [NaKina] Carr said. [Editor’s note: NaKina Carr was working as a runway model for Oscar de la Renta.] “When he went in to kiss someone, the hand always went to either the hip or the butt. He was also really good when he did pictures or when he’d side-hug someone. He’d always get his hand on the boob. Every time.” Stories about Trump and his hands circulated within the modeling community. At one modeling event, Trump allegedly went down a line of women feeling their bodies to guess their dress size. Backstage at a lingerie show, he is said to have moved his hands all over a model’s breasts under the guise of inspecting the bra’s fabric.

Another trademark Trump move was honed back in the early 1980s. “I saw this several times: When he met a girl, he’d immediately move in to kiss her, not shake her hand or say ‘Hello, how are you?’ He’d immediately put his mouth on her,” Carr said. “I saw him many times go straight to the mouth, to kiss them on the mouth, and they would turn their cheek. But a lot of them didn’t because they knew he was the moneyman and it was a way up.”
Among modeling insiders, Trump had a reputation at the time for preferring the younger girls. “If you’re over twenty-one you don’t have to worry,” Carr said she was told. 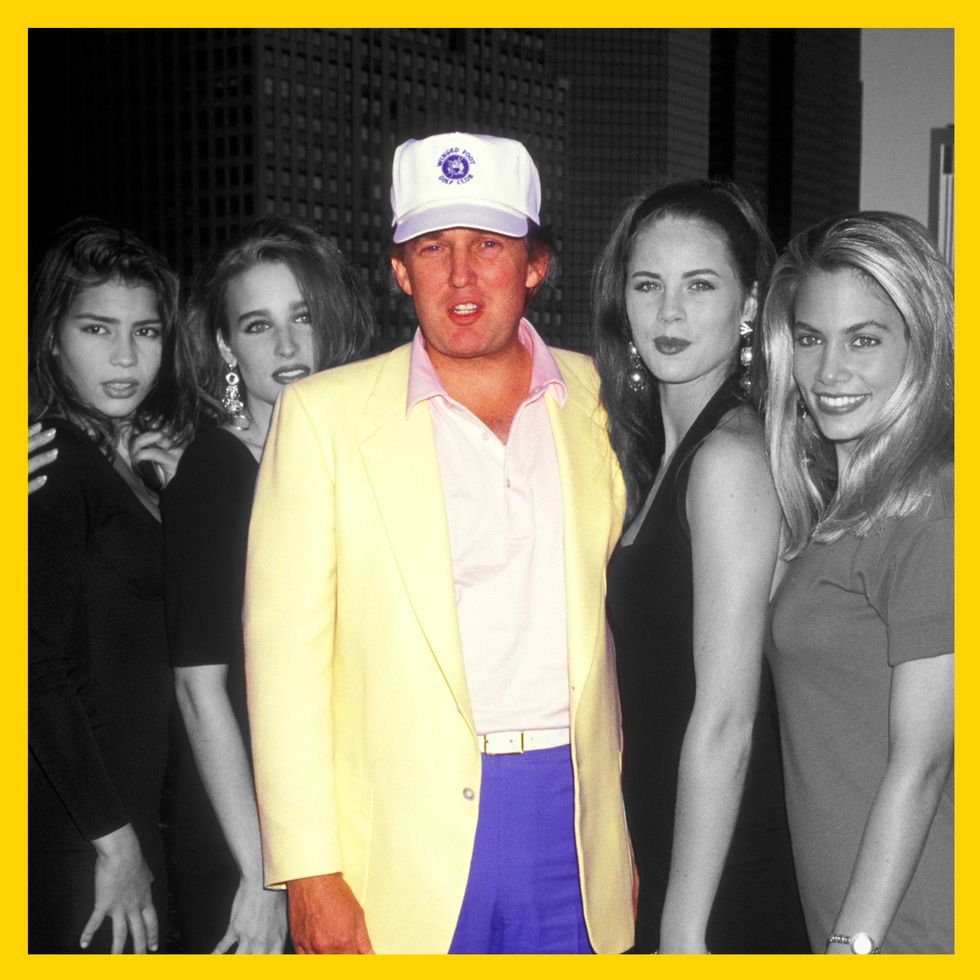 More sordid truths about DJT BELOW the FOLD