Overall things continue to improve. While presidents have little short-term influence over economic growth the policies and legislation they are responsible for do have a long-term effect. So, thank you President Obama for guiding us out of the worst economic mess since the Great Depression.

Hopefully Trump can oversee a continuation. We’ll have to wait and see. 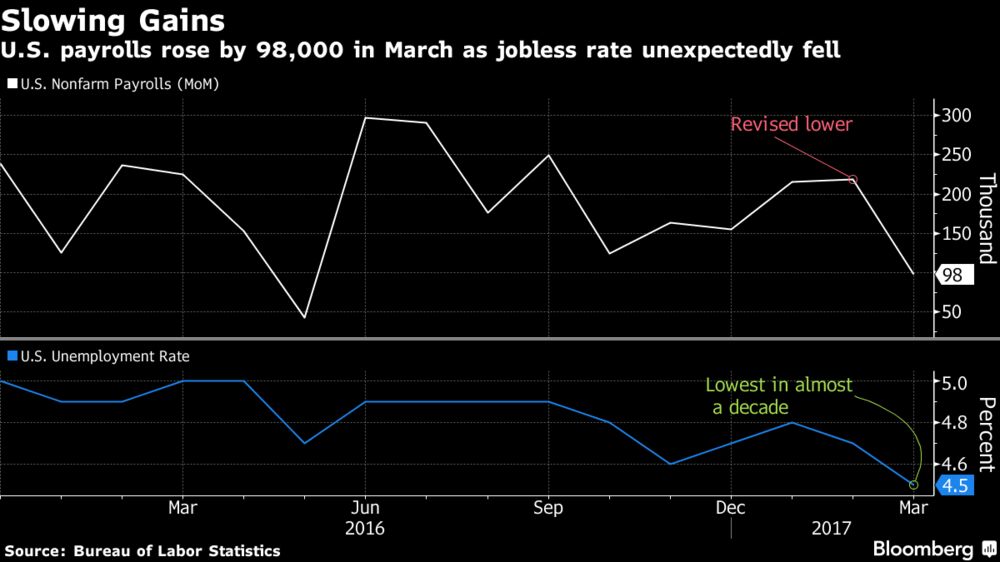 Find story BELOW THE FOLD.

Yesterday, April 4th on my birthday my previous WordPress endeavor got the White Page Of Death. Apparently the servers stopped responding. So after no luck trying to figure it out we decided to go for a new set and a new look. Of course the move away from the free site to this one which we pay a monthly fee has a bit of a different look and we’re still trying to figure it out. One step at a time, baby steps at that!

WordPress also informs that during the set up the site may be unstable for 72 hours,  apparently they are working as well behind the scenes. So maybe it’s best if we take the slow lets take our time approach? Anyway that’s what we’re doing.

Posting for the next several days is very likely going to be spotty and limited at best. Once we get this new fangled look and feel figured out it will be back at the wheel, and, at full throttle.

Remember back in 2013 when Trump was critical of President Obama with respect to attacks on Syria? If not here’s a reminder.

Trump ordered airstrikes against Syria yesterday. Many are saying Trump is a hypocrite, and that is likely so. However the more important issue is, and yes it is a philosophical and moral position, was the strike justified?

In our view it was not. The only justification for the use of force by one nation against another sovereign nation is in response to an act of aggression. Syria committed no act of aggression against the USA. We make the additional point, it can be argued that when there exists an alliance between nations an attack against one of the allied nations is an attack on all nations party to the alliance.  Neither situation existed when Trump ordered his Syrian airstrikes.

This situation surely presents moral questions, one that in the opinion of many are not easy to answer. You know our view. We would love to hear yours.

Checking in on the religious right a bit today and came across this, for the lack of a better word, lunacy.

One can only shudder at the thought of folks like this ever holding the reins of power in this nation.

Craziness has no limits apparently.

When you have the White House lit with the colors of the gay rainbow, that was June 2015, I think that was a low point for a lot of people and it just seemed like every perversion, including this transgender obsession, was just being celebrated; I think God said, ‘enough.

We know that [Trump’s election] just wasn’t in the natural. This was in the supernatural where God sovereignly, I believe, answered the prayers of believers beseeching him and he’s given us a reprieve. But a reprieve for what? For what? What are we going to do with this? Remember, over 50 years of destruction, destroying the foundations of this country, you don’t just turn that on a dime unless God again intervenes.

Find story BELOW THE FOLD.